In the memory of Emile Tromme

In July 1940, Churchill established a new British secret service: The “Special Operations Executive” (SOE). In Churchills own words, this service had to “Set Europe Ablaze”.

In contrast to the “Intelligence Service”, the SOE was engaged with organizing sabotage and support the “secret armies”. The war strategy of the allies and the SOE didn’t put Belgium on the first place. Out of all Europe, SOE prioritized the Balkan countries and France.

Yet, from May 1941 on, regular SOE-missions were executed in Belgium.

On May 13 1941, the first Belgian SOE-agent, Emile Tromme, was parachuted north of Vielsalm. His transmission device was damaged with the landing, what meant he had no radio connection. He formed a sabotage group around Verviers and received on October 3 1941 a new transmission device together with 4 containers (weapons and explosives). A few days after he received the gear, he was arrested. However, his sabotage group was taken over by another SOE-agent. On February 25, 1942, Emile Tromme was executed in Beverlo. 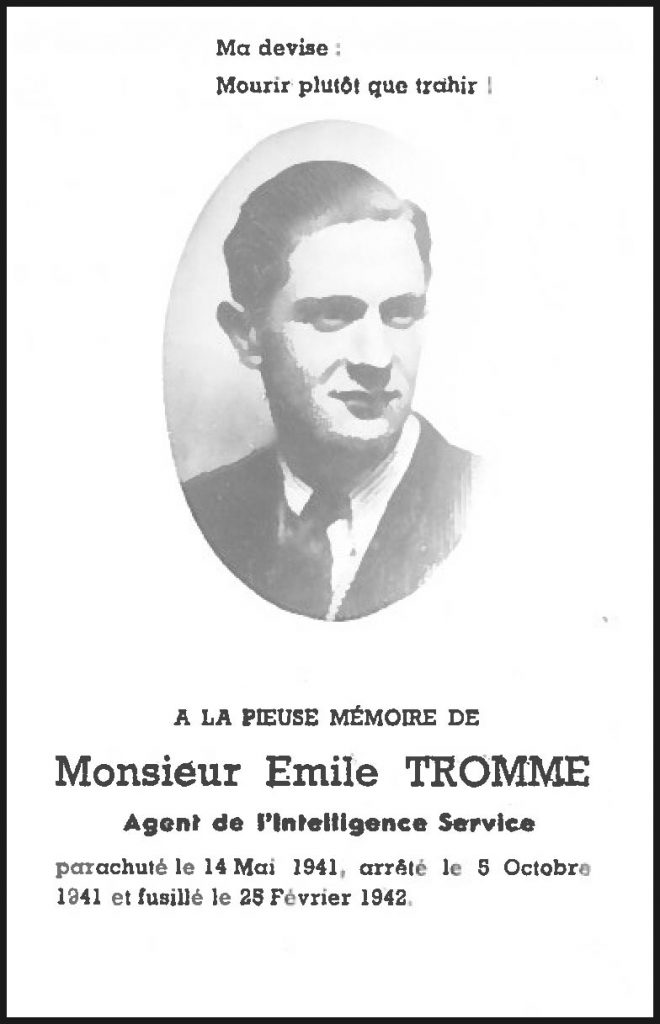 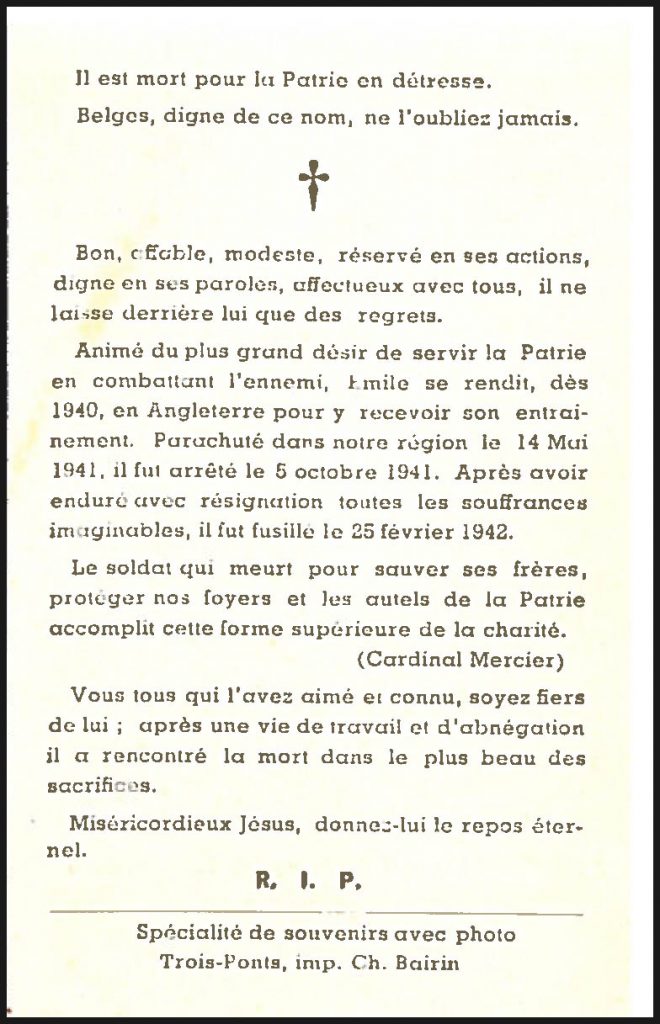